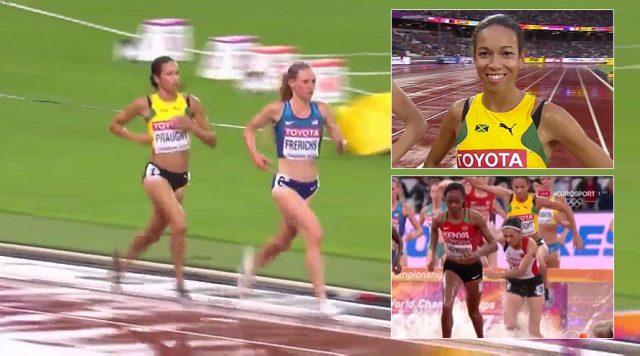 Aisha Praught has qualified for the Women’s 3000 Metres Steeplechase final at the London World Championships.

Praught clocked 9:26.37, finishing fourth in Heat 2. She made it through as a non-automatic qualifier after finishing with the 4th fastest time of the qualifying round.

The Jamaican middle distance runner made her Olympic debut at the Rio 2016 Olympics. Aisha Praught became the first Jamaican female to compete in an Olympics 3000m Steeplechase final where she finished 14th of 18 athletes.