Alia Atkinson has won the women’s 200m breaststroke on the first day of the Berlin, Germany leg of the FINA/airweave Swimming World Cup 2017. 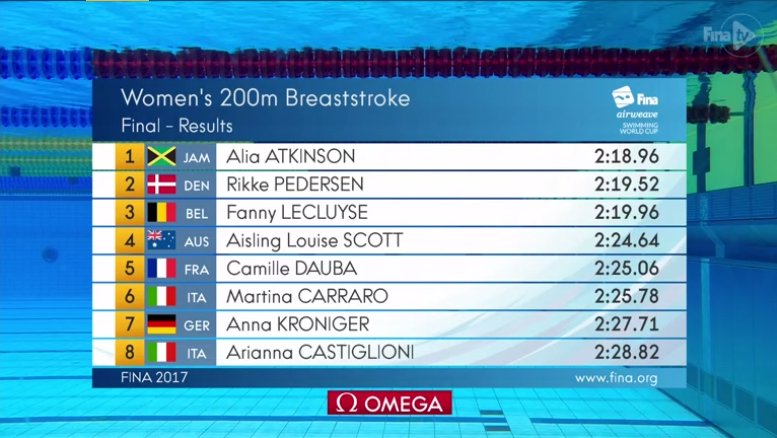 Atkinson won the bronze medal in the Women’s 100m Butterfly at the first stop of the World Cup series in Moscow, Russia on August 3rd, Day 2 of the competition there. 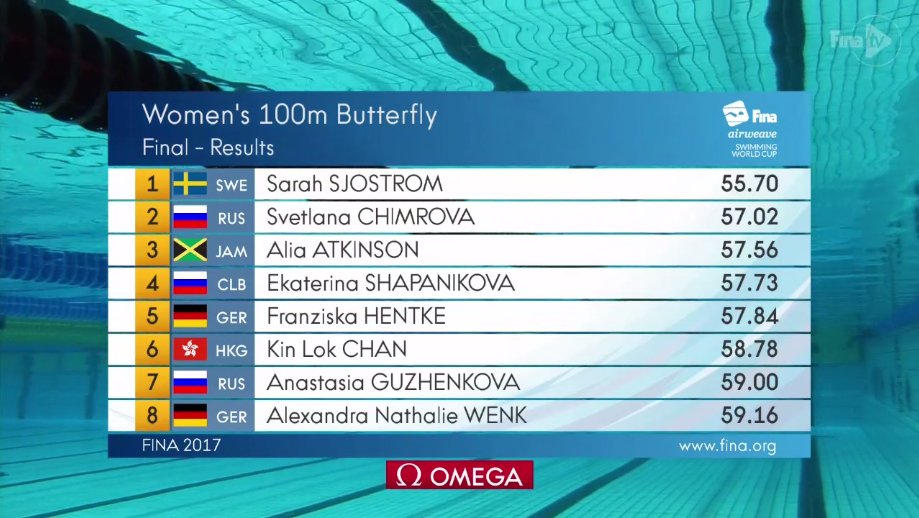 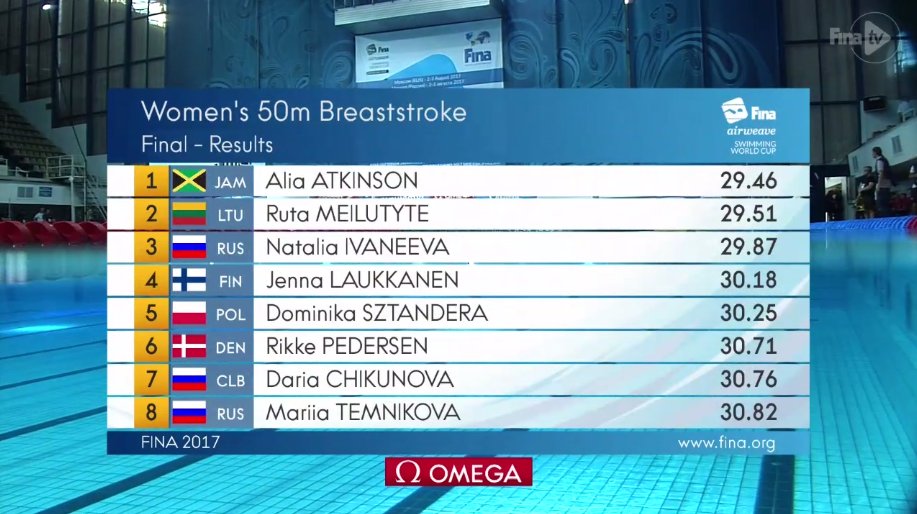 Atkinson won the bronze medal in the Women’s 100m breaststroke 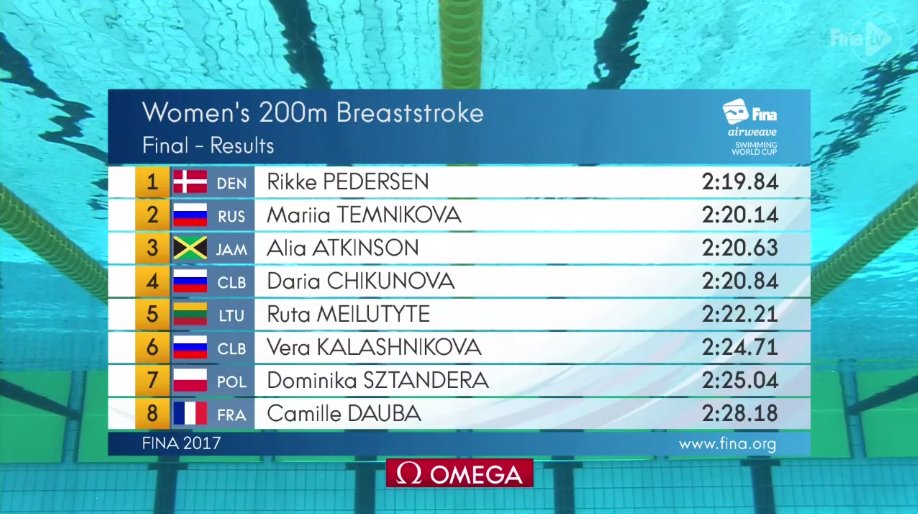 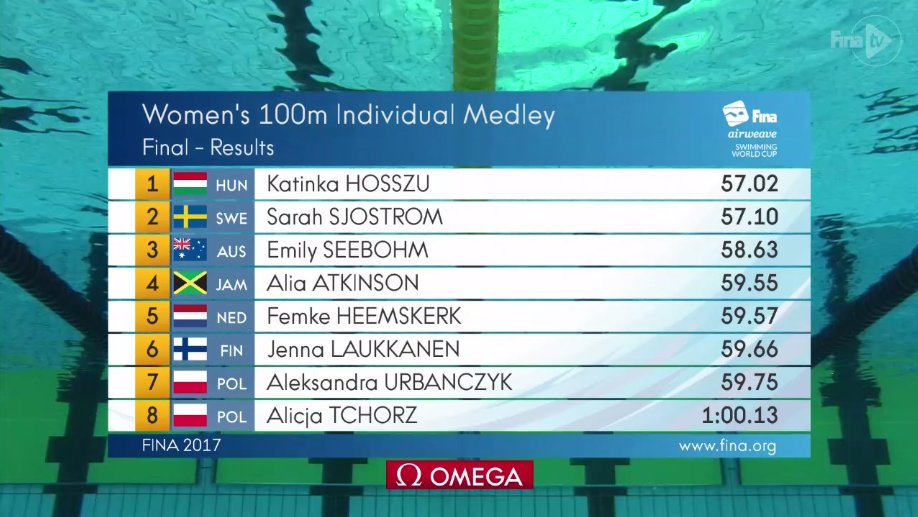