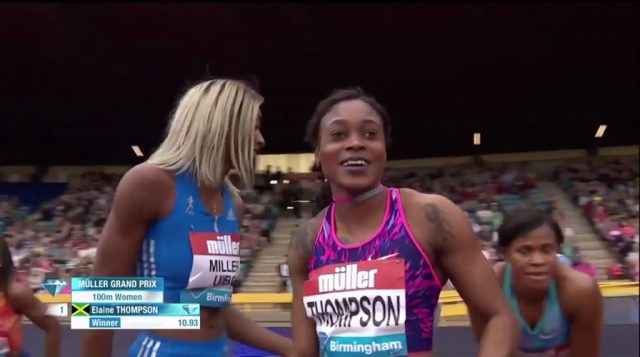 Elaine Thompson has won the 100m race at the Birmingham leg of the Diamond League series with a time of 10.93 into a 1.2 m/s headwind. This is her first race since losing at the recently concluded London World Championships, but she remains unbeaten in the Diamond League.

Despite clocking the top two fastest times in the world( 10.71 and 10.78), Thompson finished unexpectedly 5th at the World Championships behind American Tori Bowie, the Rio Olympic silver medallist, who won the gold medal in 10.85. Marie-Josee Ta Lou won the silver in 10.86. Dafne Schippers took the bronze medal in 10.96. 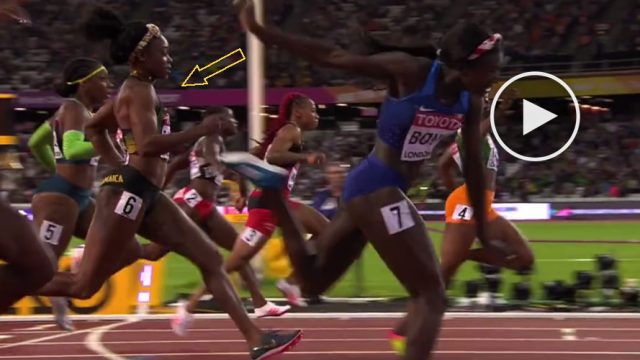