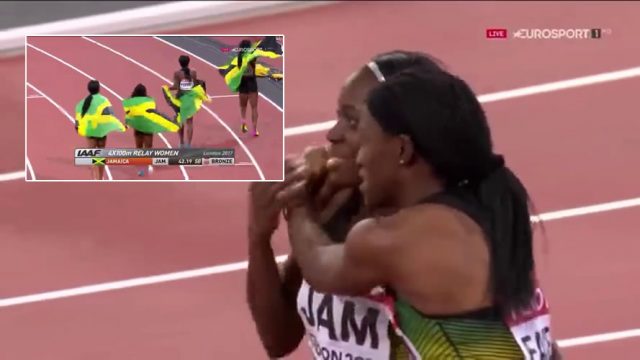 Jamaica has won the bronze medal at the IAAF World Championships in London.

Individual 100m champion Tori Bowie brings the baton home for the United States in the women’s 4x100m final in 41.82sec, the fastest run this season, with Britain taking the  silver in 42.12 ahead of Jamaica, bronze medallists in 42.19, with Germany fourth in 42.36.

Jura Levy ran the first leg to Natasha Morrison to Simone Facey to Shashalee Forbes on anchor the team. Jamaica has won three titles in the last four world championships.

Olympic medallist Elaine Thompson was not listed to be a part of Jamaica’s team for the women’s 4x100m final.