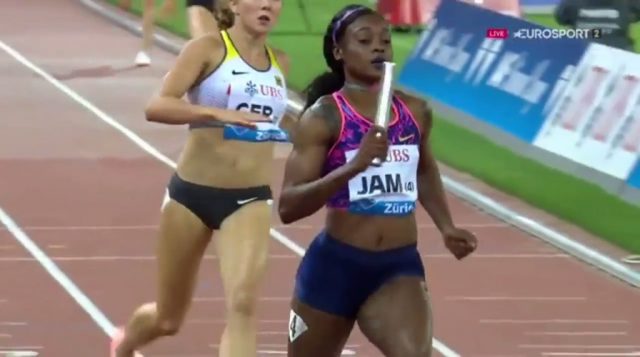 The team – Christania Williams to Jura Levy to Simone Facey to Elaine Thompson – clocked 41.85 to win their third consecutive Zurich Diamond Relay trophy ahead of Britain’s 41.86.

Elaine Thompson earned a $20,000 prize after finishing second in the 200m final earlier. Thompson is expected to win her final 100m of the season at Brussels Diamond League set for September 1st.