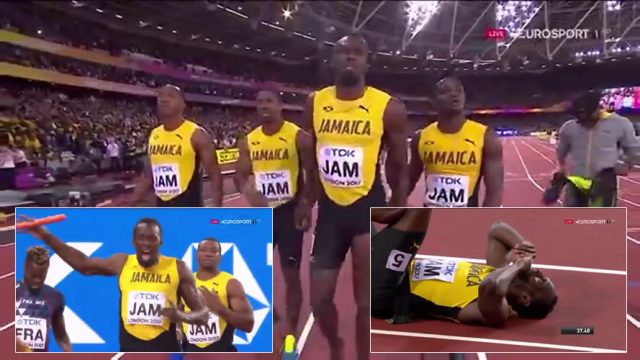 Teammates Julian Forte, Yohan Blake, and Omar McLeod ran to help Usain Bolt after he suffered a hamstring injury during the Men’s 4x100M Final at the London World Championships on Saturday.

Bolt staggered to a halt halfway down the straight, dropping the baton before performing a forward somersault on the track as he chased gold for Jamaica.

Usain Bolt pulls up with pulled hamstring in final World Championship. Still classy as he applauds the crowd in London, even in pain. pic.twitter.com/DuD5Lm6WJd

The challenge too great him, and he crossed the finishing line for the last time, limping, with his team-mates beside him.