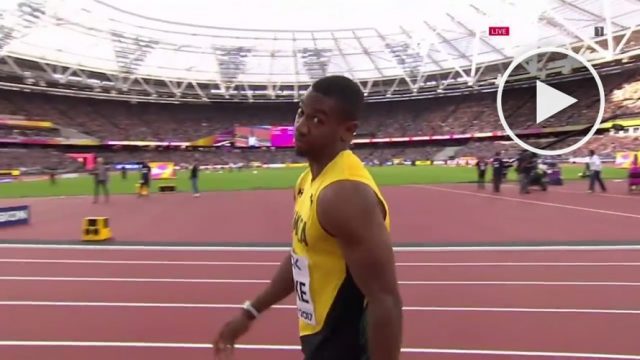 Yohan Blake stormed his way into the men’s 100m final after winning his semi-final at the  London World Championships.

Blake clocked 10.04 to win after exploding out of the starting blocks.

Gatlin, who has served two doping bans, clocked 10.06 to win yesterday’s heat after he was jeered by the London crowd as he was introduced. He has recorded a season’s best of 9.93.