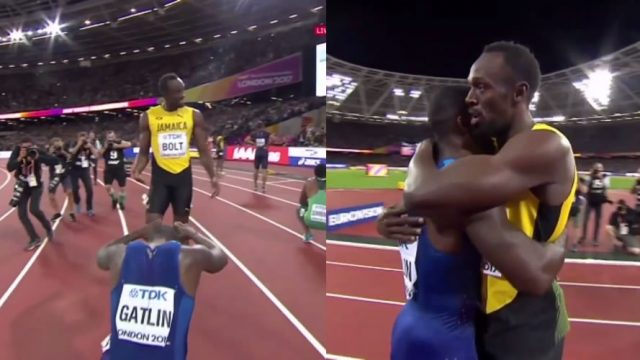 Justin Gatlin took a bow in front Usain Bolt, showing his utmost respect for the icon for the world see before the two hugged it out on the track after beating the Jamaican in his final individual race, ever, at the London World Championships.

Bolt clocked 9.95 behind American Christian Coleman, who finished second in 9.94, winning his first bronze medal at a world championship. Gatlin, who has served two doping bans, was booed as he was introduced ahead of the race and even after he won.

Bolt was seeking his fourth gold in the event, having won 11 gold medals at the world championships since 2009 apart from 2011 in Daegu when he was disqualified for a false start.

Usain Bolt wasn’t expecting to lose on his swansong but being the role model he is, the Jamaican was one of the first to offer Gatlin his congratulations to Justin Gatlin.