I AM A JAMAICAN
Home Sports Justin Gatlin, Christian Coleman won their 100m heat in 10.06, 10.01 respectively 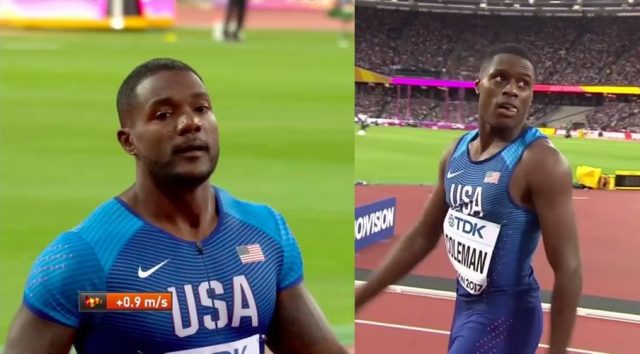 Justin Gatlin won heat 5 of the men’s 100m in 10.06 on Day 1 of the London World Championships after another rumble of booing for the American.

Gatlin, who has served two doping bans, remains impassive as he was introduced ahead of the race- and is seriously booed by the crowd. He has recorded a season best of 9.93.

His teammate Christian Coleman, the NCAA champion who heads this year’s world lists with 9.82, easily won the opening men’s 100m first round heat, getting a terrific start from lane nine to secure a central lane for the next round, and winning clearly in 10.01 despite easing down significantly over the final 20 metres.