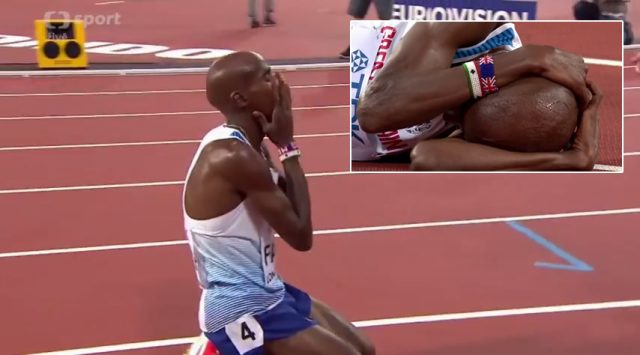 Sir Mo Farah was unable to complete a golden double here at the London World Championships after claiming silver in the men’s 5,000m final on Saturday night.

Muktar Edris, whose finishing speed was always going to be a threat in a relatively slow race such as this, wins in 13.32.79 leaving Farah to take silver in 13.33.22 — the last of Farah’s career. Paul Chelimo of the United States is bronze medallist in 13:33.30.

Like Bolt before him, Mo has to accept the fact of his human vulnerability. And like Bolt last Saturday, it was new territory for Farah tonight as he negotiated his emotions around an unfamiliar losing feeling. But as Bolt had been, he was sporting in his praise of his victor.