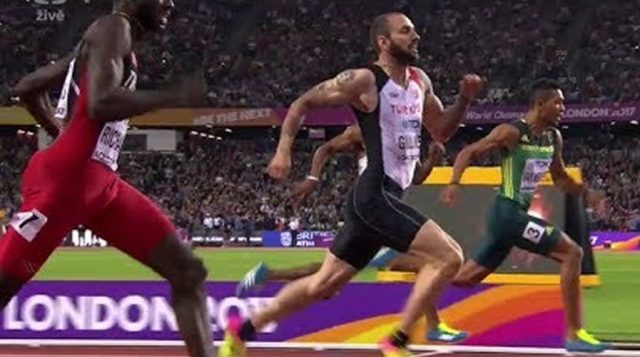 Ramil Guliyev is the surprise winner of the men’s 200m title in 20.09, earning Turkey’s first gold medal at the IAAF World Championships.

Guliyev denies the world and Olympic 400m champion Wayde Van Niekerk a world double by 0.02sec, with bronze going to the 23-year-old Jereem Richards, who is just a thousandth of a second behind the South African.

Guliyev, who transferred allegiance from his native Azerbaijan in 2011, displayed both flags in his victory celebrations. Isaac Makwala of Botswana, who ran twice yesterday after starting with a solo time-trial in the pouring rain, did not have enough left at the last, finishing sixth in 20.44.