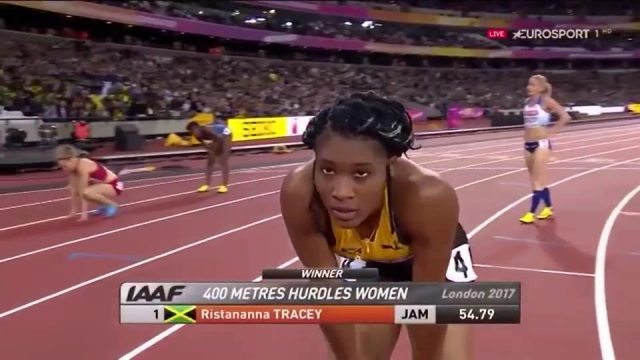 Ristananna Tracey has won the women’s 400m Hurdles semi 2 and has qualified for the final.

Tracey stormed over the hurdles to the final in 54.79 ahead of Switzerland’s Léa Sprunger, who finished second in 54.82. The women’s 400m Hurdles final is set for Wednesday, August 9th at 4:30m ET/ 3:30 PM Jamaican time.

Ristananna Tracey had won heat to qualify for the semifinal with a time of  54.92.

Rhonda Whyte, who finished second in her heat with a time of 55.18 to qualify, also failed to qualify for the final. She was disqualified.