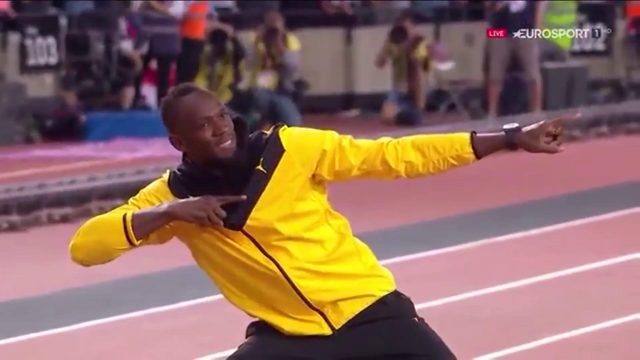 Before his lap of honour, Usain Bolt was honoured as the curtains close on the 2017 IAAF World Championships in London this afternoon.

Bolt was presented with a piece of the track from the London 2012 Olympics. A montage tribute was also played on the screens around the stadium.

Bolt’s parents joined him on the track after his lap of honour.

Mama Bolt and Papa Bolt. ?? A final farewell for the LEGEND. Usain Bolt taking it all in! #London2017 #IAAFworlds pic.twitter.com/VGqYnWWUCD