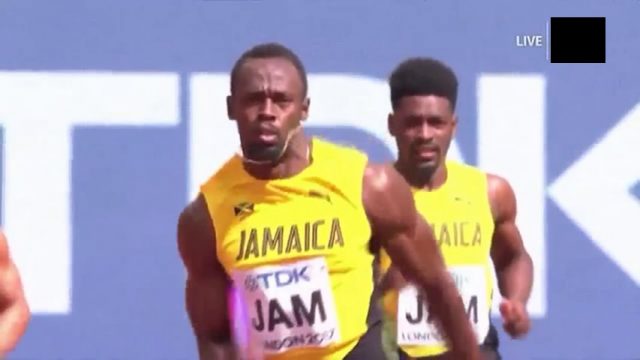 Jamaica has qualified for the Men’s 4x100m relay final at the London World Champions.

Team Jamaica – Tyquendo Tracey to Julian Forte to Michael Campbell to Usain Bolt -clocked 37.95 to win in heat 2. The USA clocked 37.70 in heat 1.

Yohan Blake is expected to join the team in the final at 4:50 pm E.T/ 3:50 pm Jamaican time. The U.S. is expected to be Jamaica’s primary competition, though it hasn’t beaten the Jamaicans in a global championship relay since 2007.