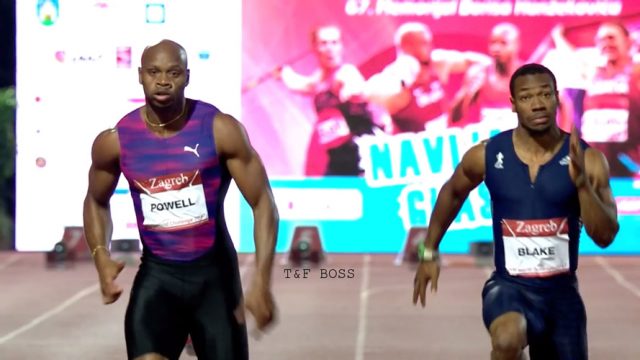 Yohan Blake has won the men’s 100m at the IAAF Zagreb World Challenge in Croatia. Watch the video below.

Asafa Powell, Guinness World Record Holder for the most sub-10 times over 100m in the history of Track and Field, finished 7th at the Zurich Diamond League last week.

Having won the men’s 100m Diamond Race title last season, Asafa Powell has had a troubling season so far with injury ending his hopes of a spot on Jamaica’s World Championships team back in June. Powell has only competed four times this season over the 100m – once on the Diamond League circuit in Doha, where he registered his best time this year, 10.08 seconds.