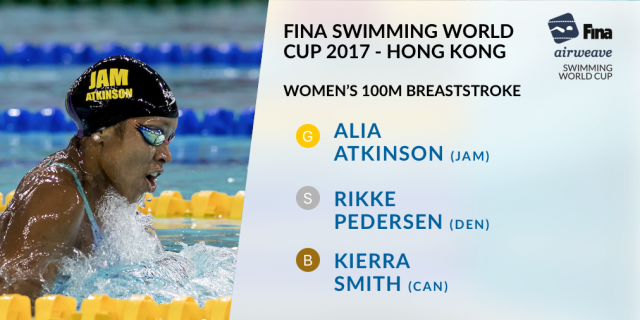 Alia Atkinson has won her sixth gold medal of the 2017 FINA/airweave Swimming World Cup on Day 1 of the Hong Kong leg of the series — September 30 – October 1, 2017.

Atkinson, who had so far won 5 gold and 3 bronze after three of the eight stops of the World Cup series since August, clocked 1:04.09 in the women’s 100m breaststroke on Saturday, defeating Ruta Meilutyte of Denmark.

Atkinson, the Jamaican record holder, is expected to compete in the women’s 50m and 200m Breaststroke on October 1st.