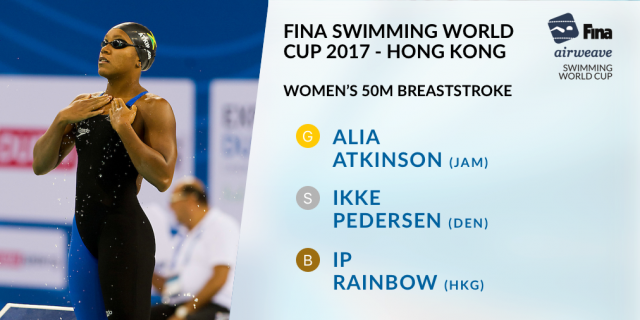 Alia Atkinson has won her seventh gold medal of the 2017 FINA/airweave Swimming World Cup on Day 2 after winning her sixth on Day 1 of the Hong Kong leg of the series — September 30 – October 1, 2017.

“It’s the first of a series of events for today, busy night, but a great way to start it!” Alia Atkinson said after winning the gold. So far, she has won 7 gold and 3 bronze after three of the eight stops in the series.