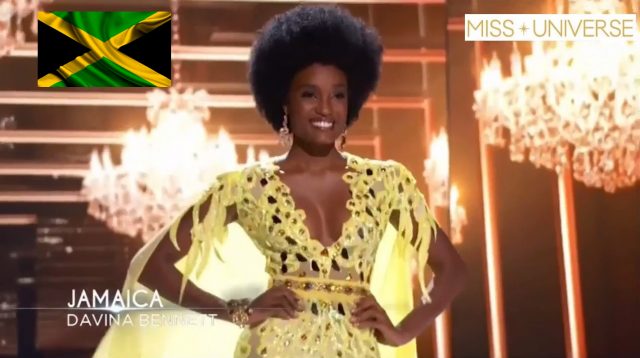 Davina Bennett has been named among the Top 5 at the 2017 Miss Universe pageant underway at The AXIS at Planet Hollywood in Las Vegas.

The 21-year-old Bennett was named among Venezuela, South Africa, Colombia, and Thailand.