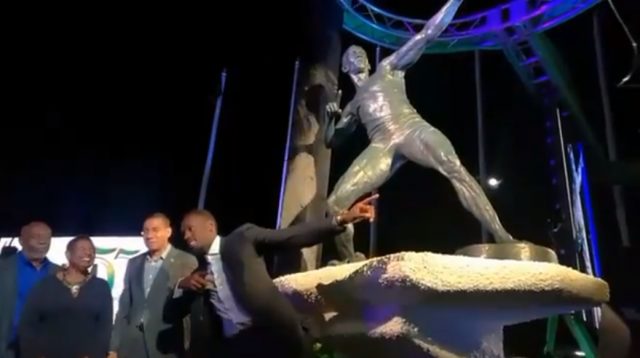 The statue of sprint legend Usain Bolt was officially unveiled outside the National Stadium in Kingston on Sunday.

Culture Minister Olivia “Babsy” Grange had announced last month that immediately after the unveiling of Bolt’s statue, a reception in honour of Jamaica’s track and field athletes who participated in this year’s World Championships will be held.