I AM A JAMAICAN
Home Sports Elaine Thompson Wins 60m in 7.17 at the National Stadium in Kingston 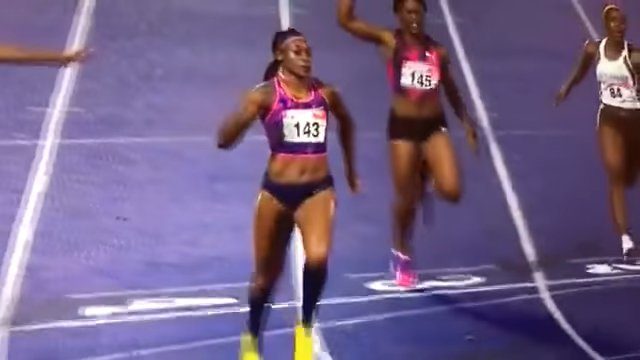 Double Olympic champion Elaine Thompson has won the Women’s 60m at the 17th staging of the Queens/Grace Jackson Invitational Meet at the National Stadium in Kingston.

The 25-year-old won the race in a time of in 7.17 seconds, the tenth fastest time in the world this year. The world-leading time is 7.08 second set by Germany’s 25-year-old Tatjana Pinto on January 26 in Berlin.

She recorded a similar time in 2016 at this very meet. She then opened her 2017 season in a world-leading time of 7.02 (+1.7 wind) before clocking her personal best time of 6.98 seconds during Müller Indoor Grand Prix at Barclaycard Arena, Birmingham on February 18, 2017.