I AM A JAMAICAN
Home Sports Gold, silver for Jamaica in men’s discus at 2018 Commonwealth Games 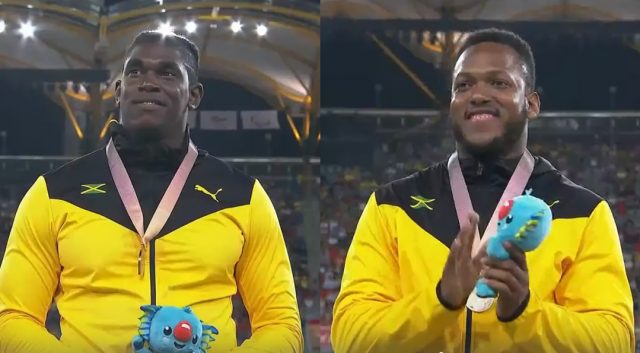 Dacres threw of 68.20-metre game’s record while Smikle got his silver with a 63.98m throw.

Behind them in third was Apostolos Parellis from Cyprus with a throw of 63.61m.

Jamaica currently has 22 medals —six gold, eight silver and eight bronze — at the Games and is 11th on the scoreboard.