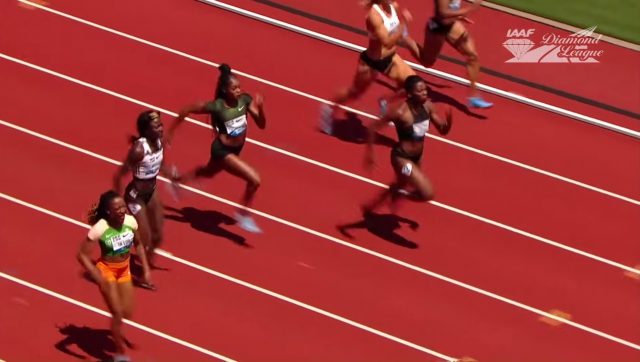 Elaine Thompson has finished third after being left in the starting blocks to trail her rivals at the Eugene Diamond League in Oregon, U.S.

Thompson clocked 10.98 behind winner Marie-Josee Ta Lou, who has won her second race of the diamond league series. The Ivory Coast athlete clocked 10.88, dominating the track. Her teammate Murielle Ahouré clocked 10.90 to finished second ahead of Olympic champion Thompson. This is Thompson’s second third-place finish of the 2018 diamond league series after two races. She clocked a season’s best of 10.93 in Doha on May 4th