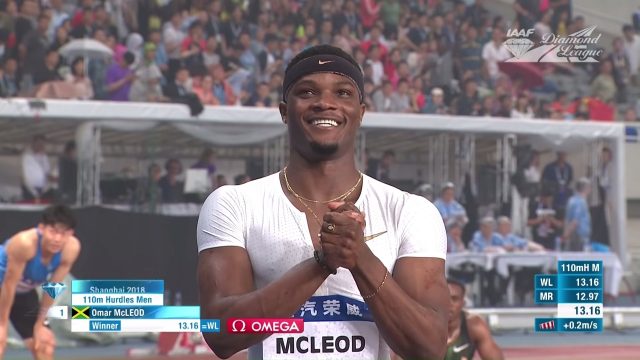 Omar McLeod lived up to his promise to make athletics history in the famous stadium by completing the meeting’s first ever sprint hurdles hat-trick.

The world and Olympic champion shrugged off the injury niggles that have dogged his year so far to win a third straight Shanghai title in 13.16, a time that takes him to a share of first place on this year’s world-leading time.

McLeod was determined from the gun and had a winning lead by halfway. Spain’s Olympic silver medallist Orlando Ortega closed the gap over the last two barriers but the Jamaican had enough in the tank to hold on for the precious third victory.

It is a feat not even McLeod’s boyhood hero Lui Xiang could achieve in his hometown stadium and McLeod was rightly thrilled to “three-peat” at his favourite meeting.

The two other Jamaicans in the field – Ronald Levy (13.33) and Hansle Parchment (13.48) finished fourth and fifth respectfully. 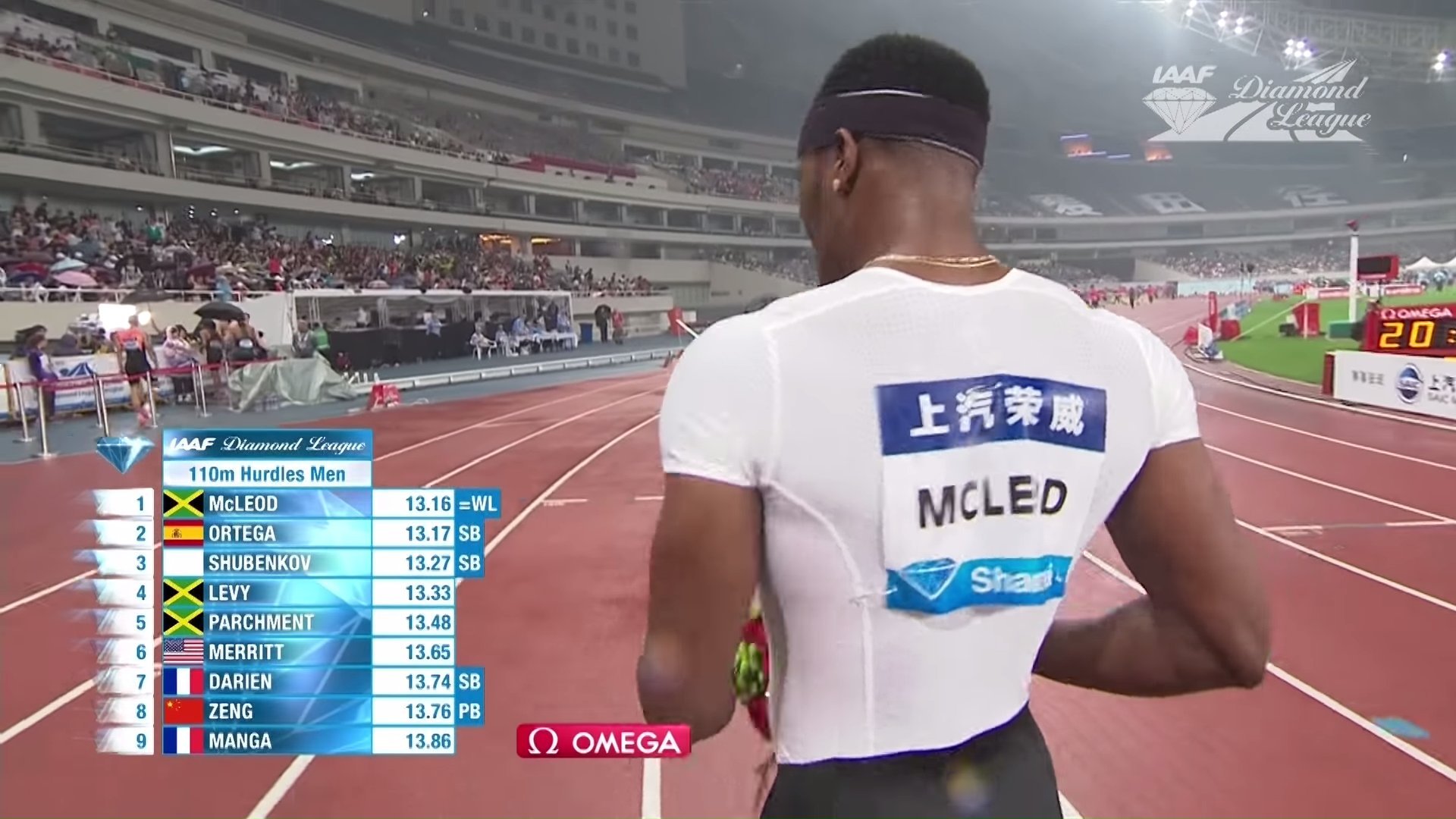 “I was overcome with emotion,” said the 24-year-old. “I have been battling a lot of injuries this winter – a hamstring strain, shin splints and a month ago I picked up a slight adductor problem.

“Today I was running on blind trust. So it was great to come out here and complete the three-peat. This meet loves the hurdles and their hurdlers.”