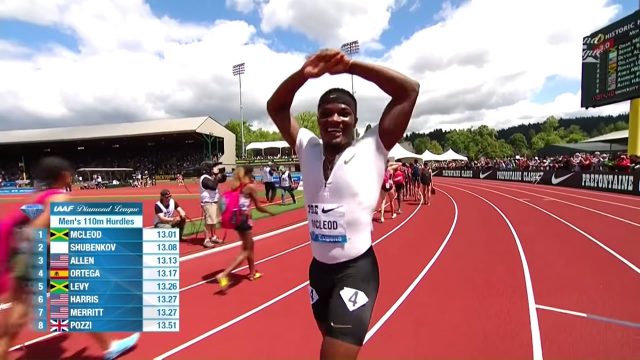 McLeod says he’s going for the 110m world record along with the Diamond Trophy this year.