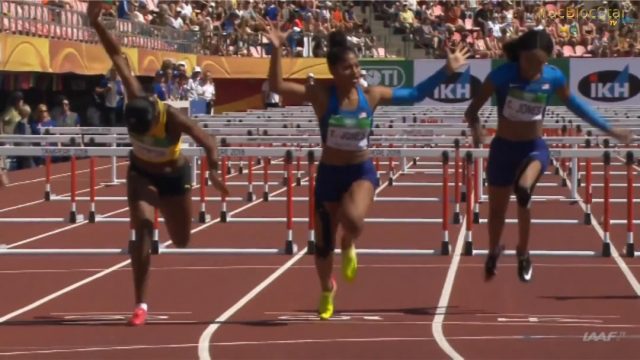 World Under-18 champion Britany Anderson gave Jamaica an early medal on the final day of competition at the IAAF World Under 20 Championships in Tampere, Finland, after she finished second for silver in a personal best 13.01 seconds.

However, Anderson and Tia Jones of the United States both clocked 13.01.002. It took a few minutes for officials to determine who was the winner.

Both athletes were credited with the same time download to the millisecond (.002) but the American eventually given the win. Cortney Jones of the United States finished third for bronze in 13.19 seconds.

The result was protested by Jamaica’s management team, who felt that Anderson should have also received a gold medal, however, the result was subsequently confirmed by the meet officials.