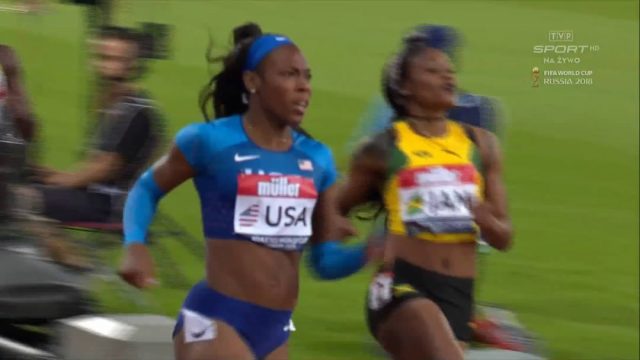 Elaine Thompson was denied gold at the inaugural, two-day Athletics World Cup underway in London, where 8 teams, 8 countries compete to win $2million dollar in prize money and the Platinum trophy.

Double Olympic champion Thompson was beaten into second place by American Ashley Henderson to take the silver in 11.09 behind Henderson’s gold-winning 11.07.