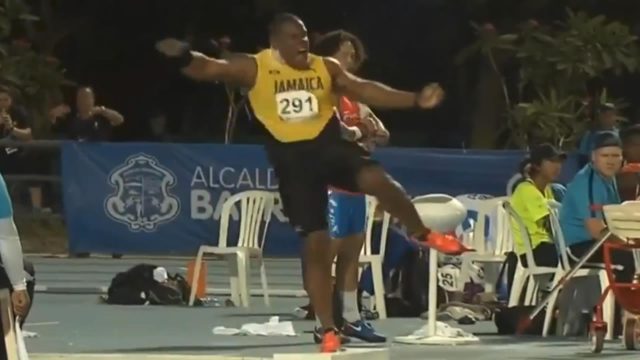 Richards second throw was his best of six, recording 21.02m over the games’ record of 19.63. His teammate Ashinia Miller also threw over the record, winning the silver medal with his best throw of 20.19m. Watch winning throw below.