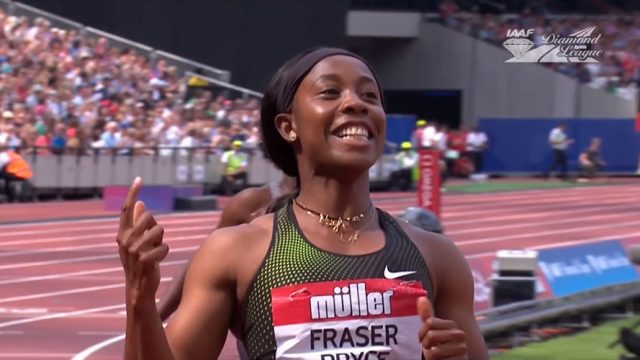 Fraser-Pryce, who didn’t get the best of starts, powered her way to a season’s best and a win for 10.98!

Before the race, Fraser-Pryce said: “A lot of people look at it like you have had a baby, so you must be finished. I do get asked that question a lot, but I’m like ‘I’ve just had a baby that’s all’. It’s a blessing to be able to have my son and to be able to come back and compete again. It’s a hard battle but it makes the victory even sweeter.”