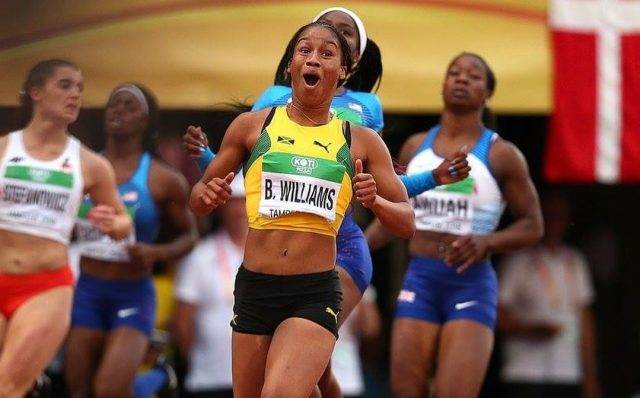 16-year-old Briana Williams is the star of these IAAF World Under-20 Championships in Tampere, Finland. Williams won the 200m gold medal in a championship record time and new personal best of 22.50 seconds

Despite being the youngest in the field, Williams, who became the youngest to win the 100m crown on Thursday, becomes only the fourth girl in history to win both the 100m and 200m at the world under-20 championships. Quite simply, she has had one of the greatest junior seasons, ever.

“In the future, I want to be the youngest Olympic medalist in Tokyo 2020, but there are a lot of chances to succeed before then as well,” said recently.