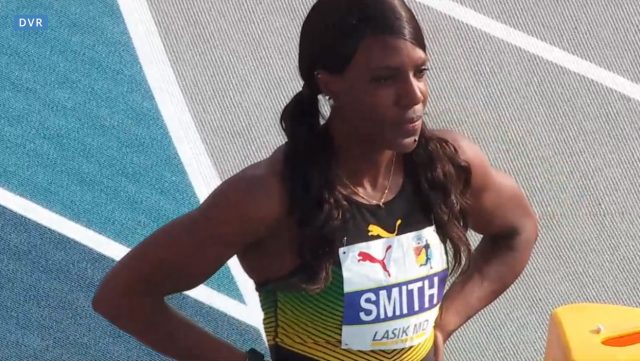 Fraser-Pryce clocked 11.18 seconds, much slower than her winning 10.98 she recorded at the London Diamond League 100m race, less than a year after giving birth to her son, Zyon.