I AM A JAMAICAN
Home Sports Jamaican Rising Star Dalton Harris wows judges and audience at The X... 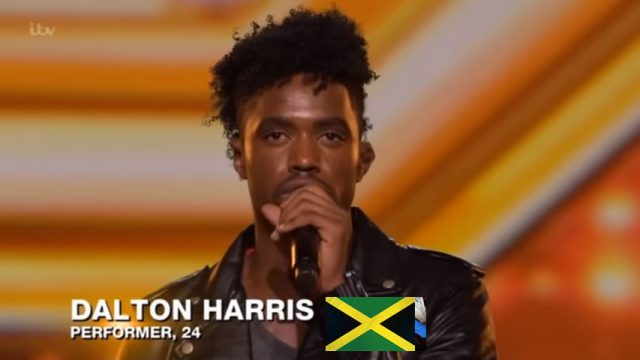 Dalton Harris, the youngest person to have ever won Digicel Rising Stars, has made The X Factor after his bid to impress the judges during Sunday night’s show at London’s Wembley Arena.

In his audition, Harris gave an emotional rendition of ‘Sorry Seems To Be The Hardest Word’ by Elton John and became extremely emotional towards the end of his performance which received a standing ovation two of the judges and members of the audience.

The 24-year-old was asked to explain why he was so emotional towards the end of his performance to which he replied, ‘I’ve been on my own since I was 15, but I’ve accepted it – it’s not a sad story, it’s just been a lot…it’s been a long time.’

His words prompted judges Ayda and Louis to run upon and hug him as Harris tried to hold back tears — all while Simon told him: ‘ You sang something which was sincere, which was surprising – you gave me a whole new take on that song, I’ve gotta tell you.’

With nods from all fours judges, Dalton won himself a place in The X Factor’s boot camp. The series continues next Saturday on UK’s ITV at 8.35 pm local time. There’s everything to play for leading up to the final on December 1.