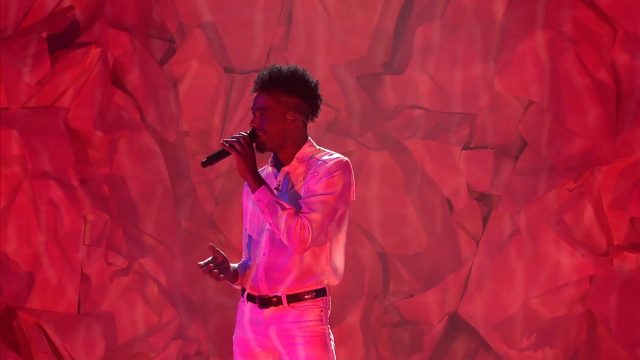 Dalton Harris had the audience going wild after his impeccable rendition of ‘Feeling Good ‘ by Muse during The X Factor UK Live Shows.

Update: Dalton Harris has now made X Factor Top 4! Watch here. The 6 remaining acts returned to The X Factor stage for a surprise elimination just before the end the live shows where two contestants with the fewest votes immediately got the  this evening. Read more here

Contestants performed both a track by ABBA and a free choice of song to get them through to the final.

live FINAL of the X Factor UK on December 1 and 2 will take place on at Wembley Arena.