I AM A JAMAICAN
Home Sports Watch: Dalton Harris faints when learned he made X Factor Top 4 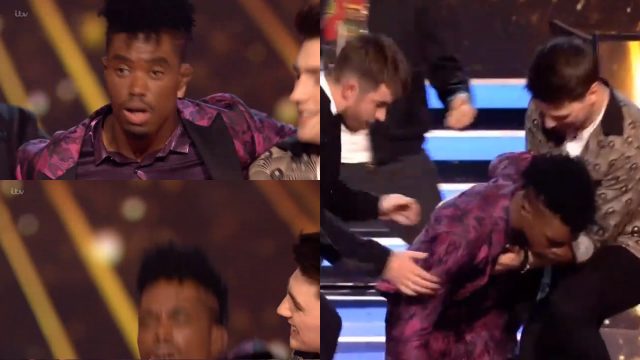 Dalton Harris knees caved the second he heard his name called among the
Top 4 in a surprise elimination just before the live shows ended on Saturday.

Instead of the usual Sunday results sing-off, the two contestants with the fewest votes immediately got  this evening.

However, the lines have since reopened for viewers to continue voting for the remaining four acts ahead of Sunday’s results show, where another act to be sent home leaving three for next weekend’s final.

Dalton Harris had the audience going wild and all judges praise him after his impeccable rendition of ‘Feeling Good ‘ by Muse during The X Factor UK Live Shows.