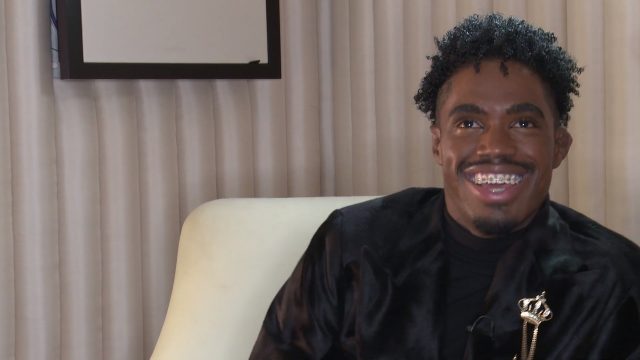 The incredibly talented and humble Dalton Harris says he celebrated his X Factor win with an ‘expensive’ £44.99 bottle of wine and that he’s now ‘Bri-Maican’. Harris reveals during a candid interview that he didn’t know he would win even after all the weekly the cheers and the standing ovation he had received.

In the interview uploaded 2 p.m. today, Dalton Haris says his greatest challenge was understanding where he was and what people saw him for.

The 24-year-old Jamaican says it would have been easier if he was watching himself from the outside but being around his competitors and knowing what they were capable of vocally made it hard for him. Harris says he just wanted to win a record deal. It didn’t matter if he came out on top. Harris also revealed that Simon Cowell said he’s something special and he knew Dalton could win.

Asked if he was not showing off his voice while living in Jamaica, Harris replied, “It just wasn’t appreciated the same way, which was fine because I understood very early that I needed to go somewhere else to get a certain level of respect as a singer. I was training myself too. But bear in mind, I never always sounded like this, but I was fine because I had a plan and I executed it, and it was successful.”

Harris also reveals the artistes he would like to work with going forward, naming Beyonce, US pop-star Ariana Grande among others.