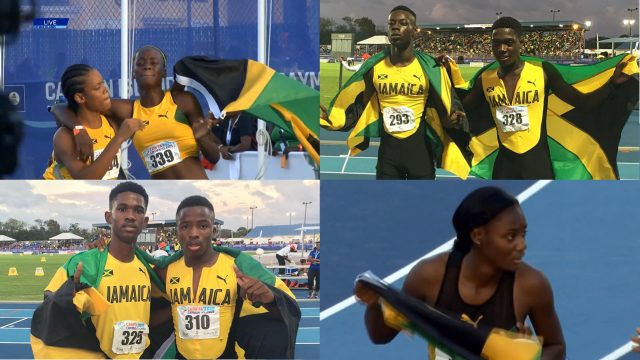 Deshaun Lamb clocked 13.54 to set a new boys’ under-17 110m hurdles CARIFTA record ahead of his teammate Niel Matthew Sutherland finishing second in 13.61.

In the girls’ under-20 100m hurdles, Ackera Nugent won the gold in 13.24 while teammate hit a hurdle and finished last.

Rasheed Broadbell won the boys’ under-20 110m hurdles gold in a time of
13.26 to leading his teammate Vashaun Vascianna to win the silver medal with time of 13.32.