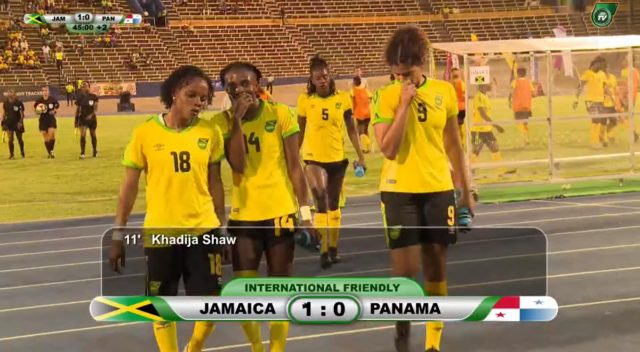 Jamaica’s Reggae Girlz have scored their first goal in a friendly match against Panama on Sunday ahead of the 2019 FIFA Women’s World Cup.

The match serves as a farewell match before the Girlz depart for the FIFA Women’s World Cup finals in France, 7 June – 7 July, against 24 teams.