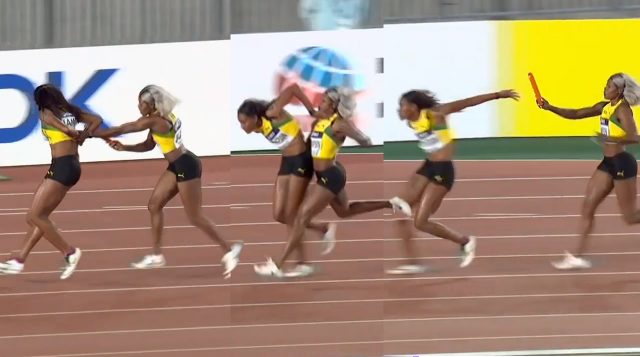 Jamaica and the USA had the strongest line-ups in the women’s 4x200m final, but they also happened to have some of the worst exchanges at the IAAF World Relays in Yokohama, Japan.

Jamaica somehow managed to salvage third place in 1:33.21 after some very poor baton changes. Team USA finished line but was later disqualified for a lane violation.

Out in lane nine and unaware of what had gone on behind them, France cruised to victory in 1:32.16 with China taking second in an Asian record of 1:32.76.