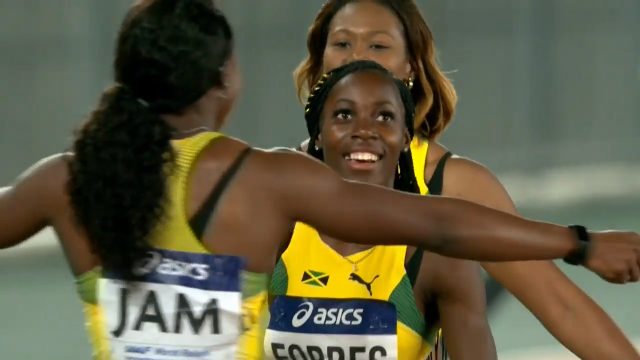 Jamaica finished second in a time of 43.29seconds just behind Team USA’s winning time, 43.27, which wouldn’t have been enough for a top-three finish at the past three editions of the World Relays.

It’s started to get a bit chilly in the stadium, which could explain why times are a little down compared to previous World Relays.