I AM A JAMAICAN
Home Sports Reggae Girlz vs. Panama in Jamaica This Sunday ahead of World Cup 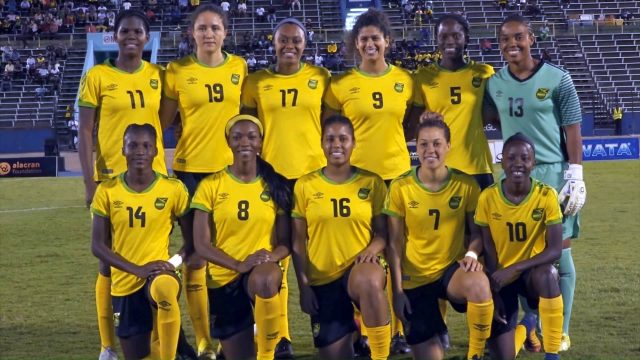 Jamaica’s Reggae Girlz will play a friendly match against Panama on Sunday ahead of the 2019 FIFA Women’s World Cup.

Tomorrow’s match at the National Stadium serves as a farewell match before the Girlz depart for the FIFA Women’s World Cup finals in France, 7 June – 7 July, against 24 teams.

The Reggae Girlz made history last October on qualifying for the World Cup after beating Panama 4-2 in a penalty shoot-out after playing to a 2-2 draw in the CONCACAF Women’s Championship third-place playoff game.