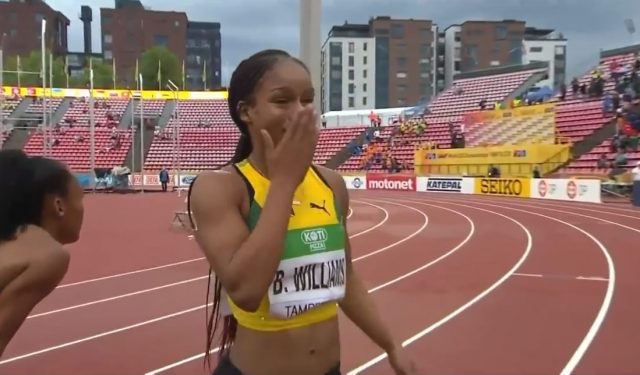 Williams, the reigning World U20 sprint double champion, the clocked 11.10 (+0.2) seconds as she prepares to compete at the Jamaica Senior Championships later this month.

The junior record comes after compatriot Kiara Grant registered 11.11 (+1.5m/s) seconds less than a month ago to break Veronica Campbell-Brown’s 19-year-ago record of 11.12.

Brianna’s new record is the ninth best women 100m time in the world, which also equals the second all-time US high school girls’ and Jamaican Under-20 100m record, according to her coach Ato Boldon.