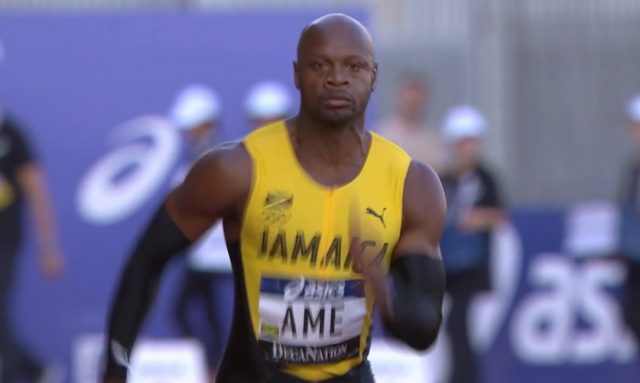 Asafa Powell has recorded his fastest time in three years while competing at the 2019 Bayer Classic in Leverkusen, Germany on Wednesday.

36-year-old Powell Powell, who has ambitions of becoming the first man to run 100 wind-legal times under 10 seconds, clocked 10.02 seconds while finishing second to Arthur Cisse, who won in 9.93s.

This marks Powell’s fastest time since he last broke the 10-second barrier in Hungary in 2016 — clocking 9.92 seconds.