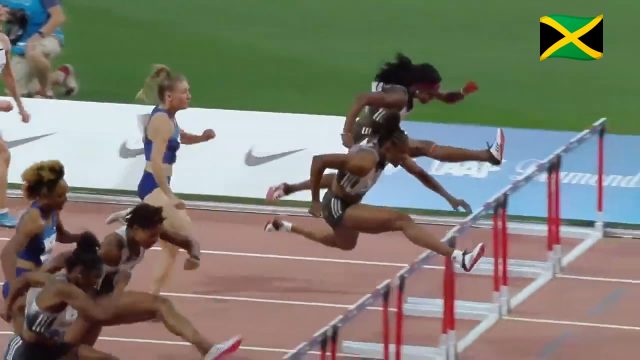 Williams set a world-leading time of 12.32 seconds after storming out of the blocks with a chip on her shoulder after being sidelined following a controversial false start at the National Senior Athletics Championships in June.

Williams won the first Diamond League women’s 100m Hurdles event of the season in Doha, Qatar in May, before she was judged by officials to have false-started at National Senior Athletics Championships. Williams was shown the red card and ejected from the race but refused to immediately leave the track after the incident, preventing the race from going ahead smoothly afterward. Williams later vacated the area.