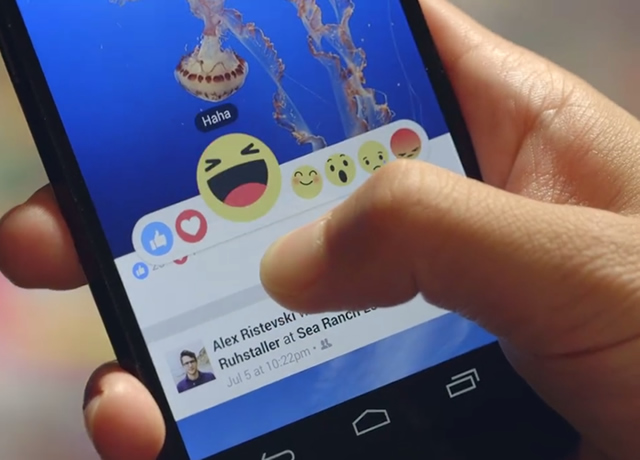 Facebook is testing out adding six emoji options instead of implementing a dislike button. It is rolling out “Reactions,” a new set of six emoji that will sit alongside the original thumbs-up to let users quickly respond with love, laughter, happiness, shock, sadness and anger at what their friends have posted. Watch the video below.

“As you can see, it’s not a “dislike” button, though we hope it addresses the spirit of this request more broadly. We studied which comments and reactions are most commonly and universally expressed across Facebook, then worked to design an experience around them that was elegant and fun,” Facebook’s Chief Product Officer Chris Cox explains.

“Starting today Ireland and Spain can start loving, wow-ing, or expressing sympathy to posts on Facebook by hovering or long-pressing the Like button wherever they see it. We’ll use the feedback from this to improve the feature and hope to roll it out to everyone soon,” he added.

In September, Facebook’s CEO, Mark Zuckerberg, said that the company was looking into alternatives to the Like button.

To access the emoji, users will click on the Like button, and the six potential reactions will pop up. Users can still give the regular thumbs up if they so choose, but can also choose an emotion that better reflects how they’re feeling.

Ireland is English speaking, while Spain lets Facebook test out how well the wordless emoji play with non-English users.