I AM A JAMAICAN
Home Travel 40+ Incredibly Stunning Aerial Views of The Real Jamaica You Have Never...

Here are 42 incredibly stunning aerial shots of the real Jamaica — you have never seen before. From the luxuriant parish of Portland through to the beautiful city of Kingston, to the crystal blue waters in Negril. To truly enjoy the impeccable beauty captured in these large photographs, they are best viewed on a computer.

Please don’t steal the images we have curated from Instagram; you may follow the owners of the photographs hyperlinked below. You may also join our 70,000+ fanbase on Instagram @ViewJamaica and 500,000+ on Facebook ‘I am a Jamaican‘ for a wider curated experience — from food to the people, the places to visit and enjoy.

The Appleton Estate located in the picturesque Nassau Valley in St Elizabeth, Jamaica. Photo by @blackmuggul

Looking down into the Bog Walk GorgeYou’ll see the famous Flat Bridge built sometime around 1740, then just above you can see the arched train tracks, when the island had trains running to every major town. Just above it all is the now opened North-South route of Highway 2000. Three eras of Jamaica’s transportation history captured in one shot. Photo by @BlackMuggul

Sitting on 11 lush acres in the capital city, the stately Devon House mansion, in St. Andrew, was the home of Jamaica’s first black millionaire, George Stiebel. It was built in 1881, on what was originally a 51-acre property. Photo: Warren Weir

Rafting along the Rio Grande in Portland. Photo Warren Weir

Lucea, a coastal town in Jamaica and the capital of the parish of Hanover. Photo: blackmuggul

Overlooking Flat Bridge that spans the deceptively mighty Rio Cobre within the Bog Walk Gorge in St CatherineIt is one of the oldest bridges in Jamaica. While it cannot be positively ascertained when this bridge was built but was definitely constructed after 1724. Photo: Flowy’s Creations Photography

The hue from the Sun setting on New Kingston. Photo: blackmuggul

Overlooking parts of Kingston and Upper St Andrew from an helicopter above the Blue Mountains during summer 2015. Photo: blackmuggul

The Kingston Harbor, Norman Manley International Airport to the right, a section of the Blue Mountains in the back. Photo: mrsammill

The country side! Allison district, Located near Bellefield ??? in Manchester in west-central Jamaica . Photo: ProudJamaicans

Mona community and its Reservoir, the Blue Mountains in the back, St. Andrew. Photo: blackmuggul

From the Mona Reservoir, the Blue Mountains in the back, St. Andrew. Photo: CoreyMus

There are now 3 active hurricanes in the Atlantic 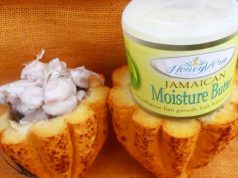 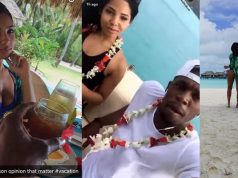 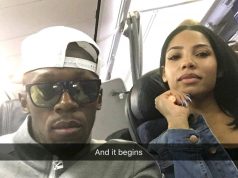