Motive, a short film by iKon Media, shows one of the main reasons why many young Jamaicans turn to scamming; you guessed it, poverty. The 13-minute film features young comedian Kevin Swaby otherwise known as Kevin 2wo Krayzee. Watch the film below.

In 2014, it was reported that some 1.1 million Jamaicans are living below the poverty line, fuelling an intergenerational crisis. The unemployment rate in Jamaica is about 13.4% (end 2013/14), with youth unemployment more than twice the national rate, according to The World Bank. Poverty continues to rise in Jamaica and its financial well-being is the lowest in the Caribbean region, according to the latest State of Global Well-Being report, released last month. On the ranking, Jamaica was placed in the bottom category of ‘suffering’ with the other categories being ‘thriving’ and ‘struggling’.

The most prevalent in Jamaica is the lottery scam, where scammers lead victims to believe they have won a drawing or lottery, but the cash or prizes will not be released without upfront payment of fees or taxes.  Scammers frequently target the elderly or those with disposable income. More than 500 persons have been arrested and billions of dollars in assets seized under the country’s anti-lottery scamming law since it was passed in 2013.

Jamaica’s most pressing challenge is the country’s debt, which, has in turn severely hampered the country’s economic growth. The debt to GDP ratio, among the highest in the developing world, is gradually beginning to decline as a result of debt restructuring and fiscal contraction. It is estimated at about 140 percent at the end of the fiscal year, 2014/15 (March 2015). 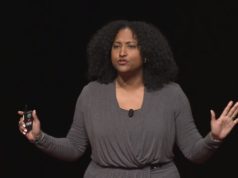