I AM A JAMAICAN
Home Art Watch: Yaadicus, A Jamaican Short Action Comedy

Poyser, who will graduate this November with a Bachelor of Fine Arts in Theatre Arts, says he has been acting professionally on the Jamaican Theatre scene for the past two and a half years.

After coming across his short film on the day of its release on Facebook, we reached out to him by email to learn more about the film, cast and future to share with the world.

Tell us how you came up with your concept, the writing process and how did you get started.

It was pretty easy. I always have ideas bubbling in my head; so the editor (Elton Brown), who is a musician, and I were discussing some videos that we could do. I told him the concept he liked it, so we just made it work.

The writing was pretty easy for me. I knew what I wanted. I could actually visualize what it would look like, and it did come out that way.

I just wanted to know what it would be like if Jamaicans were Spartans or gladiators and created a story around it.

Tell us a little about the cast.

The funny thing is that 90% of the cast are touring musicians, the only two ‘real’ actors in the video is me and Duvi Burke, (the guy who died from rock paper, scissors). The cast is mainly my friends that I told what I was doing, and they opted to join in.

Are they students of the college?

Yes, they are students and graduates of the college.

What’s your relationship with the named director?

Elton Elly B Brown is my friend from the college. He always wanted us to work together, and I now feel like that was one of the best moves I have ever made because he is talented and with a fusion of both out (change ‘t’ to ‘r’) talents we can make magic. I am also the director while Elton co-directed it. We shared the vision so all I had to do was explain what I wanted from him and the cast and they made it happen.

Where was the comedy shot and when?

It was shot in the Amphi-Theatre by the Drama School about two and half weeks ago on Friday the 21st of August 2015.

How long did it take to film?

It took us less than 4 hours to shoot, and we were vlogging while shooting.

What’s Yaadrock Films, when was it established and the outcome envisioned?

Yaadrock Films is our company name, a fusion between Elton’s brand “L.E.B. Studios” and my Brand ‘Vybzkeem”. Elton came up with the name a couple days before the video was released. I liked it, so we just started pushing it. We want to bring something fresh to the scene where Jamaican video sketches, short films and even ultimately movies are concerned. I believe

we are and will be leading a new generation of authentic, entertaining Jamaican sketches and short films.

What other projects can we expect?

Well, all I can say about that is just look out for some crazy things that have never been attempted by Jamaicans on the local stage, in the Caribbean and in the Jamaican Diaspora. About our next project, the only thing/clue I will say is ZOMBIES! 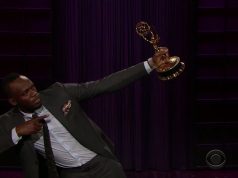 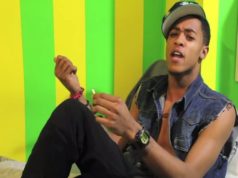