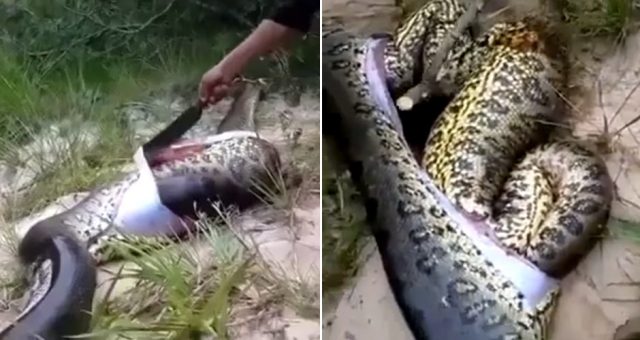 World — Villagers in Guaruja, Brazil found a dead anaconda with a dormant food baby in its belly early Thursday. The men decided to cut the snake open to determine the cause of death, discovering the snake had consumed another anaconda.

The DailyMail reports that anaconda snakes traditionally go for four-legged prey such as deer, pigs, and caiman. In the case of this anaconda, it died trying to eat the other snake, leaving him with a swollen and bloated belly.

There are now 3 active hurricanes in the Atlantic