Ranford Anderson, a self-taught Visual Artist from Clarendon, Jamaica, has been creating some phenomenally naturalistic pencil art over the past two years. This genre of art is called photorealism in which an artist studies a photograph and then tries to reproduce the image as realistically as possible in another medium such as painting, drawing and other graphic mediums.

Ranford’s level of detail is nothing short of amazing. This is Ranford’s pencil drawing of the late Nelson Mandela vs. the actual digital. Click to zoom in.

“I started to a draw in high school and um…, I guess lost interest along the way,” said the 26-year-old. The artist, who never went to art school, took his craft seriously in 2013.

“Just by watching some random video on YouTube, I stumbled across someone drawing a spoon, and I said [to myself] I can do that. So I picked up a pencil, and I did,” the jovial Jamaican said.

Under the name 1 Pencil Jamaica, Ranford says he prefers draw people of interest, from influential figures to the controversial artiste, capturing his vision and interpretation of their inner self.

He says photos are an important part of his artistic approach, but the idea is to go beyond the ‘flat picture surface.’ He meticulously adds layers to “create the illusion of a new reality not seen in the original photo. ”

This piece is my favorite because the lever of detail. I used a charcoal pencil to do his eyes.

Through translating an accurate representation of reality, Ranford aspires to evoke an emotion in the viewer, for each to stop and to appreciate our abilities and what we see around us.

“If you draw a picture you might get the skin-tone and everything else right but the nose is off it is gonna look crooked. So I use a scale, and I like to start from the eyes and work my way out”

“Looked back on my older drawings I said to myself, ‘I can do better than that,’ but I respect the journey. I look back and say, ‘I was at this stage at that point’ and I just work with it and just keep trying to improve at all times as an individual and as an artist.”

Ranford Anderson said the Bounty Killer piece took him approximately 49 hours to complete. The reference photo is by urbanimage.tv 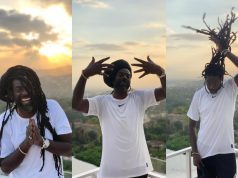 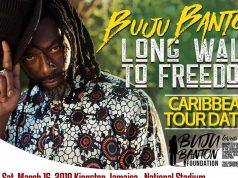