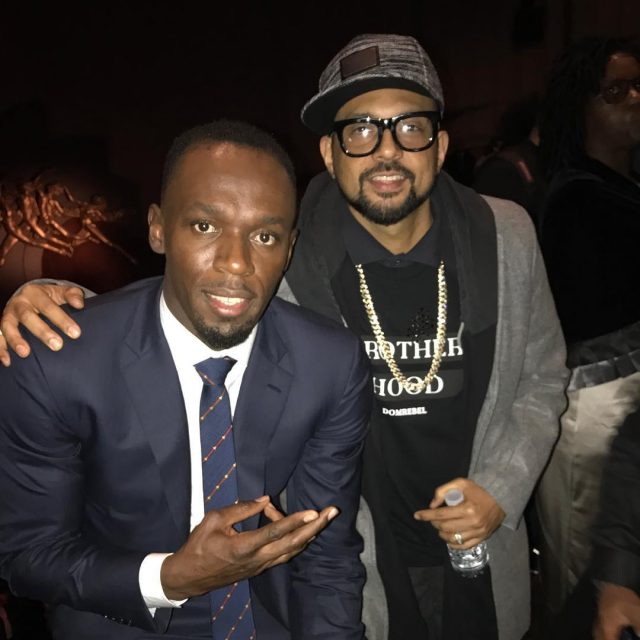 Sean Paul was there to support Usain Bolt‘s feature-length documentary ‘I Am Bolt‘ which premiered at The Empire cinema in Leicester Square, London on Monday.

Several global sports stars such as Neymar, Serena Williams, PelÈ, and Asafa Powell made an appearance in the film which is also available online and in stores at iTunes, Amazon, Walmart, Best Buy including Barnes & Noble.

After a series of posts to his social media pages inviting fans to view the hour and 47 minutes documentary, the track and field icon shared a live broadcast of the red carpet event.

Usain Bolt photos with his team after watching the film with friends and fans.

He later shared a selfie with Sean Paul thanking him for supporting the film’s world premiere.