Update: Jamaica’s Rodolph Austin scored Jamaica’s winning goal in their match against Canada on Saturday winning their 2nd match of the CONCACAF Gold Cup. The Reggae Boyz now sits at the top of Group B with 4 points.

The Reggae Boyz started their Group B campaign with a fine 2-2 draw against Costa Rica on Wednesday, with Garath McCleary and Jobi McAnuff both on the scoresheet. 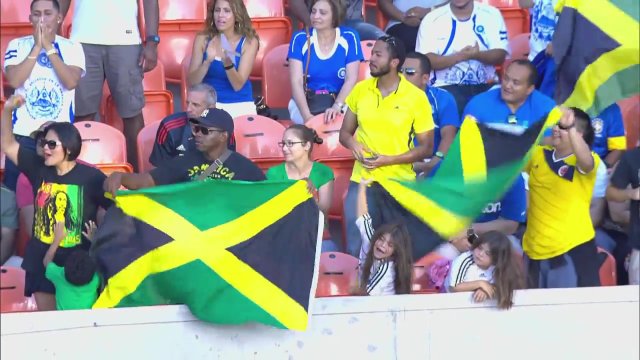 It’s already crunch time at the Gold Cup, and there’s no room for error. Both Canada and Jamaica played to hard-fought draws in their respective group stage openers, but both teams will be hungry for full points in this one. Jamaica coach Winfried Schafer has warned his side it will need to put in hard work to cope with a physically fit Canada outfit in Saturday’s CONCACAF Gold Cup clash.

The Reggae Boyz started their Group B campaign with a fine 2-2 draw against Costa Rica, with Garath McCleary and Jobi McAnuff both on the scoresheet. Group B remains wide open after the first round of matches, with tournament co-host Canada starting its campaign with a 0-0 draw against El Salvador. Jamaica can afford a draw while Canada desperately needs a win to keep its dreams of a deep run alive. Canada is unbeaten in 6 straight and 7 of their last 8.

However, Jamaica gained experience (and possibly some confidence) in the Copa. Jamaica started as the favorite for the contest given it is ranked 27 places above Canada in the FIFA World Rankings.

Jamaica’s Foward Giles Barnes, after a long process just to made himself eligible to play for Jamaica. The 26-year-old has thus far relished his time with the Reggae Boyz. The Houston Dynamo attacker will be playing in his customary home stadium on Saturday, providing him with even more incentive to make a big impact.